"The Ancient Words, Which are the Source of Everything Done Here" 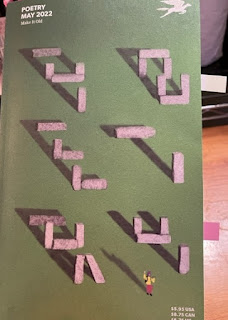 I love poems and subscribing to Poetry gives me a lot of new (to me) poets and poems every month. It's like a word buffet in my mailbox.

In May, the focus of the issue was poetry in translation.

I'd never given translated poetry much thought but figured what the heck, why not.

So I did my usual: every morning after I put on my shoes I read a couple poems.

And truthfully none of them really resonated with me. I didn't feel the connection.

But I kept reading cause yanno, I don't like giving up on stuff.  (Which explains a lot about me, actually.)

And then I came across this poem:

And here in this root-place we call K'iche'

we're going to write down the words,

we're going to write down the ancient words,

which are the source of everything done

here in this root-place called K'iche'.

And we're going to teach, tell, show how

the world was made, how light was brought

by the Maker, the Shaper

the Sustainer, the Origin who is named

Heart of the Sea, Great Potter

of Plate and Bowl, and also called Midwife,

all told as the story is told in K'iche'.

What I didn't have to look up at all was how this poem (only a small portion included here) resonated with me.

I mean I knew it (or believed it)

And God said "Let there be light"

but I'd kinda forgotten.

Have you had a good surprise after a bit of a slog?

A different kind of poetry.

Poetry was my first love and you clearly outlined the reason why.

I am often surprised by the beauty of the language in journals and letters from the Civil War. It was a different time. People were more poetic and romantic.

The Sullivan Ballou letter is a prime example. Perhaps it's because they grew up reading classics and poetry.

I go back to Ambrose Bierce often and The Essential Captain Mayne Reid often simply to immerse in the period literature, but Burns takes my heart as a poet. That man. Heavy sigh.

Thank you for the only poetry I'll read in June. I should read it, but I usually fail at understanding it, so...

My new discovery might be considered at the other end of the spectrum as it's a journal called Taco Bell Quarterly. After you're finished laughing, give it a shot. I've found some really terrific pieces there. And, most fun of all, it's not put out by Taco Bell. They know about it, and currently coexist, which in this day of gigantic conglomerates I find fascinating, if not poetic.

I love the idea of translated poems. I find language and its evolution so fascinating. There truly is magic in words.

Great poem, thank you, Janet. And thank you John Davis Frain for bringing our attention to the Taco Bell Quarterly. I've enjoyed every poem and story I've read so far.

I'm on the poetry reading side of the line with John Davis Frain - I just don't understand a lot of it. I tend to like poems that rhyme - probably because I love kids books. I do love Aussie bush poetry though (especially Banjo Patterson and Dorothea Mackellar's "My Country", written in 1906).

My suprise came last year.
When there isn't a pandemic, I spend about half the year in Italy and Croatia. My friends there knew I fancied myself a writer, but those who don't have English at their disposal had to take it on faith.

Last year, a native Italian speaker who also speaks/writes annoyingly perfect English (I mean, it's not fair, is it? I never get to correct him!) created a beautiful translation of one of my poems. I shared it with my Italian friends who were appreciative.
Thats not the surprise, though.

I've always known the many magical powers of poetry. I wrote this particular poem as a comfort to myself during difficult political and personal times.
But now, I sometimes read it out loud to myself in Italian.
I love the rhythm, the shape, and the taste of the words in my mouth, the different arrangements that make meaning. It takes me into my Italian mind, my italian life, those places with those people. It's like we're at the table together again.
I'm surprised, and grateful, at how words can so thoroughly erase miles, and how a different tongue can subtly shape a different identity.