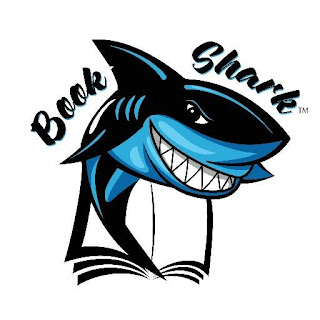 I had very big plans to tackle my queries this past week.
And I did. Got most of them answered.

The law of unintended consequences kicked in of course.
Now I have MORE requested fulls because You Guyz keep writing good novels.

Either that or send me a time machine with your pages.

All this to say I have been reading and I didn't have time to write anything remotely ready for posting.

Is a writing conference something to mention in a query?

I'm planning on attending the Big Sur writing workshop, and (as with anything) have been digging online to see the pros and cons. If I were to query the project I bring to Big Sur, (1) should I mention the event to agents? (2) Would they even care? (3) Do you have any tips for events like this?

But let's dig in

(1 and 2)
Attending a writing conference is often a very good use of your resources, both time and money. But it's like many other aspects of becoming a published writer in that it's not something agents consider when they have your query in hand. The first thing they're looking for is "can I sell this?" and second "is this someone I want to work with?"

That you attended any writing conference doesn't really contribute to either of those questions.

The exception is a writing workshop that is application based. Clarion is the best known example. Lots of people want to attend, few are chosen. If you've been selected for Clarion, that's worth mentioning.

(3) Attending a writing conference can do a lot of things for you including getting time with an editor or an agent, and meeting other writers. You'll pick up some good ideas and tips at the panels and workshops and maybe get a chance to ask a question.

If you get time with an editor or agent, bring your written query and ask for feedback. Don't pitch. Ask for help.

Then pay attention to what you hear.
I've had more than one author shut down in cold silence (ie this agent is an idiot but I'm not going to tell her) when I've mentioned their work isn't immediately submitable.  When do I get that most often? Word count. For some reason, people who write 250Kword novels all think they are GRRM.

When you go to a panel or workshop, sit in front.
You're more likely to get "picked on" which is GREAT for you cause you're the demo, and it's much more likely the presenter will remember you.

Take notes.
Get the handouts.
Take photos of the slides with your phone.

If the slide is the answer, make sure you note the questions:

Presenter's question: what's the max word count on debut SF novels given you are not GRRM?

I've been through the archives and can't find anything to enlighten me about my query. (Though that might not be saying much as I haven't been able to find out on Google either)

My question is: For a non-fiction book proposal,(1) is it expected that the book's projected length is included in the book specs section? (2) If so, is there more than one way to express a book's length?

My problem is, that if an estimated word count is required, my query will boil down to: " ... a relaxed, but succinct, refresher on fractions for teenagers and adults who need to know how-to for a next step in their lives ... of 513972 words." Word counting software counts each number and symbol as a word. e.g. 3 x 2 = 6 is five words.

Is there another way I can describe the length? Should I just leave it out? Put size as a comp? Is there a standard for this kind of thing? It's definitely not a textbook. I do have a pretty good idea of the size of the book but no idea what I should say about it.

(1) yes. The proposed size of the book is included in a section called Book Specs and you're right, it usually means word count.

(2) yes. Not all books are about words. And yours is a classic example.

When you don't fit the mold, the trick is to go find books like yours, in this case ones that include math, numbers, or figures like graphs.
Here's one that I love love love: Two Trains Leave Paris 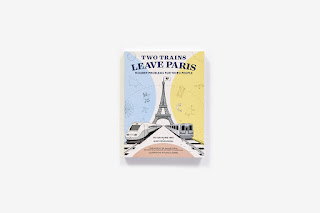 The good news is that agents and editors are looking for a general idea, not a specific number.
Is it going to be 50 or 500 pages is the question we're asking, not is it 87 or 88 pages.
at 7:00 AM 13 comments: Links to this post

I've been indulging my night owl habits this last week or so; falling out of my hammock nearer to noon than cock crow. It's been lovely to work late although it has introduced me to some of my nocturnal neighbors, a select few of whom have very complicated love lives largely conducted by phone while sitting on the staircase.

One day last week I'd just stumbled to the kitchen, ready to pitch woo to the coffee pot, when a knock sounded at the door.

Thinking it might be my building Super(man) who periodically stops by to make sure I haven't tried to use the oven and burn the place down, I check the spy hole.

It is NOT Super(man). It is UPS man whom I have known for going on 20 years now. We greet each other effusively since it has been some time since I've had a UPS delivery at home.

I sign for the parcel, wish him well, then close the door.

Only then do I realize these things:


1. My hair would look better were it on fire;
2. I'm wearing my shark jammies, and have been for some time.

In other words, hell warmed over would have been a marked improvement.

And UPS man hadn't turned a hair, or even raised an eyebrow.

Now that is a true gentleman! Doorbell discretion at its finest!

The parcel was some delicious new reading.

So, what were you wearing the last time you scared an unexpected caller?

I'm digging in to my queries with renewed zest.
I'm glad to see almost anything even if it's not a good fit for me.
I'll never shame you in public (ie Twitter) for sending me a query that's "not what I do."
It's  absolutely