This was fun!
A lot of you used the exact phrase, and quite a few of you used it as a jumping off place.
There was no right or wrong way on this one.


Holy Mother of Lady Godiva, can I not escape this man!?
Steve Forti does HIS OWN FORTISSIMO!!!

“I figured a few drinks would do the trick.”
Shedding her blouse, she crooned, “Must’ve been your charm.”
“Ha. Does it every time.”
“Pearls before swine…”
She’d muttered something, but he wasn’t listening.
“Would you like me to continue?” She purred.
“Have mercy…”
“Been a naughty boy, you have. No mercy.” She dangled the handcuffs and pointed.
Clutching the bedframe, he obeyed, heart racing. The cuffs clicked tight, and she tested their hold… then walked over to his discarded pants and pilfered his wallet. As she redressed and exited, he begged and struggled in futility.
“The motherfucking key, at least?”

C.Dan Castro made me laugh out loud but my client Richard Gilbert, from beyond the grave, is not amused. 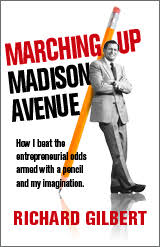 Steph Ellis, your work should come with a warning label it's so intensely creepy!

Hey Gregory Shipman, welcome back! Long time, no comment!
And this line is wonderful: we’re thieves not beauty consultants

Melanie Sue Bowles cracked me up:
Well, perfect except the groom, bless his heart, but you need one to have a wedding

What, your credenza doesnt have a pink tutu?

Poor Henry. Never knew what hit him.
I do.
Ball-peen hammer.

Here are the entries that stood out to me

“What a mess…Smitty, call a meat wagon. The coachman’s dead, impaled by a mile marker. One horse flipped over into the ravine, and the other…well, he won’t be runnin in no derby anytime soon. Now, had she been wearin’ Piloti driving shoes, Jack Purcells, Christ, even Pearls woulda been better.”

“White rubber croc’s adorned with plastic pearls, my daughters got a pair, silly lookin’ things. Problem is, this ladies’ foot slipped off the pedal.”

“If only she’d downshifted.”

“If she’d had Pearls, she would have been clutching,” the man said looking down at the blood-stained glass slipper.

If she’d had pearls, she’d have pawned them. Rent was due again.

Three months ago, she signed the waivers and participated in the study and made enough to last till New Years.

Two months ago, her family looked side-eyed and pinched mouthed when she came to Thanksgiving dinner.

Last month, no invite for Christmas.

And now she was standing over a perfect stranger—who knew where he’d been?—with his cash in her pocket, brains on her lips and under her nails, and red-and-blues flashing closer and closer.

Rent was due. What was a zombie to do?

It was the final dive for her entire maternal line, as no one took her place. Once, an important part of a pearl’s cycle, but currents change. This ama knew she and the others were no longer needed in the eyes of the people on the surface. I no naka no kawazu taikai wo shirazu. The oysters still needed her, even if for the last time. Though today was a day of replanting, she wished she could bring some of the ocean back with her. If she only had pearls, she would be clutching them all the way home.

If
Marlena thought to wear a life jacket
She’d
Be having a better time of it. Instead, all my wife
Had
Around her neck was my string of diamonds, thrown like
Pearls
Before swine into the abyss of infidelity. As
She
Tumbled head-over-heels toward the churning wake, I knew I
Would
Have no problem explaining her absence. Cruise officials
Have
No real legal recourse, especially when the captain has
Been
Recently entangled with a certain passenger in several sweaty,
Clutching
Versions of down dog, as her vengeful selfies will surely attest to
Them.

Instead of pearls, she clutched straws. They wouldn't turn to gold. She wept; the little man cackled, demanding her son.

But she got clever, uncovered his name. He vanished… right?

They'd been a team. Pearls from a dragon, boots from a cat. The king's gold about to roll out of his palace in balls of yarn.

Then she betrayed him. Better a royal than a rogue.

Rumpelstiltskin vanished - into a cell.

But the miller's daughter played the king false too. That son he fought for? Not his.

The girls flocked around, all a flutter, jealous because Drake had chosen her. Trouble was, she hadn’t wanted to be chosen.

Totally stuffed, she’d thought. The only option was flight.

It caused a splash when Drake stopped her. The rest called her a quack and hissed their displeasure.

Many would be jealous of her views to the lake. Her down-filled bed. Wouldn’t care they were caged in. No freedom. She wouldn’t brood about it; she was a Pekin, of the American Pekins. She refused to sit any longer. If they’d been pearls she’d have clutched them.

I like to let the final list sit for a while and look it over with fresh eyes.
Let me know what you think, and if you'd have added any to this list!