Query Question: what to do when an agent clearly misunderstands

I was merrily reading queries the other day and came across one that sounded terrific. A great story, about a women in revolutionary war times, one about whom not much had been written.

I got to the end of the query, saw "manuscript" and "word count" but no, that would not deter me! No no! I donned my SuperQueryShark cape and swung into action.

Hi guys (the non-gender specific use of the word)

For non-fiction like this, you need a proposal, not a finished ms.

Questions? Of course you have questions. Fire away

Some 48 hours later, a reply landed in my mailbox. It practically quivered with gentility.


As we tried to explain to you in our initial query, TITLE is historical fiction, usually defined as fiction based upon historical facts whose main character is fictional.

I could hear her socks knocking as I read.

And sure enough. The initial query didn't try to explain. It was a bald-faced statement at the start: THIS IS A NOVEL (caps are mine) 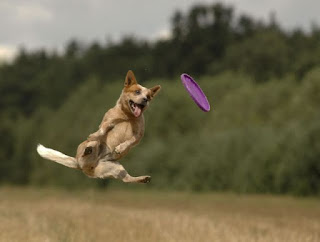 I can just imagine the scene when the querier got my reply.

That dawning dread of realization that Something Is Very Very Wrong Here.

Is the agent insane? Has she lost what few marbles she had?

Was the query (oh dear godiva, what if OTHER agents think this??) unclear???
Hurriedly examining query.

Yes, it's right there at the top of the query: A NOVEL.

3. Reply to email with "um, it IS a novel, you dunderhead."
4. Pretend the agent is not a dunderhead, and perhaps just maybe, she forgot to read the first sentence.


Should this happen to you, that an agent has clearly missed something important (as in this is a novel, not non-fiction) this querier's example is the one you want to follow:

In other words, she handled this like a pro.
And boy, am I glad for that, cause I feel like anything but.

To err is human,
to forgive is divine.

not rubbing one's pointy teeth in it is just Darwin-esque tactic's.

I hope you requested it after all that!

That's what I love about you, when you swim around the pool one too many times and you chomp off more than you can chew, you admit it!

Seriously, we all mess up, even in our professional lives. Handling it professionally is key, as it seems both you and the querier did. Thanks for turning an "oops" moment into a lesson for all of us, Janet! :)

This is a clear flag for a good client - I can think of so many writers who unfortunately would have fired off a response in:

a) panic
b) anger
c) sarcasm
d) all of the above

The fact that she did none of these things, and clearly realized that you've got so many things to read through in a day that they occasionally blur together, means she seems to have a good handle on being professional about her work.

Gosh, I hope the story is good. It sounds promising - here's hoping another fabulous client is swimming your way!

You mean to tell me that an agent may mistakenly dismiss my brilliance because he/she is a dunderhead? And I thought I was the only one with that title.

All that means is that agents ad infinitum have missed the clarity with which I have described my work. Too bad for them.
Okay I'm back to walking the dog and wondering how I can fit all his brilliance, and mine, in one of those little bags which are so poopular now.

We all put salt in our coffee sometimes.

How Emily Litella of you ;~)

Knowing me, I'd have freaked at 1) having a personal response, while 2)falling prey to insecurity, such that I would have taken your word for it (how can QOTKU be wrong???) and start slamming out a proposal for my historical fiction - now called hysterical fiction, i.e. the state I would enter at that very moment.

Seriously, here is what we know, The Shark is human - with a big, squishy heart.

Oh Angie, that salt in the coffee story remains one of my all time faves.

During a formal dinner at a rich aunt's house, my uncle put salt in his Rice Crispies cereal instead of sugar. Similar uncomfortable swallowing ensued.

I must agree with Renald. I hope you looked at it anyway. ;)

When faced with too-bitter-to-countenance-even-with-sugar coffee (Gevalia in my freezer, I'm lookin' at you), I do add a teensy pinch of salt. It somehow makes it balance enough to go all right with the rest of the cream and sugar regimen (with occasional cinnamon).

Really, I'm glad you sent a "So, is this how you meant to query?" because I frequently see (in #tenqueries and suchlike) "didn't follow sub directions, form R" or similar. With a form R in that instance, there's no way for either party to divine the agent has potentially erred.

Great stories: today's and the salt-in-the-coffee. And excellent example for how to behave when it seems like pink elephants are dancing in front of your eyes.

Good thing none of us are perfect. (Though many have been the times I'd have love to give embarrassment a pass.) It'd be a pretty boring and dangerous world with nothing to inspire writers, or laughter.

Soooo - Janet: Did Brooks get his raise?

Lisa, that sounds like a great non-fiction contest. Tell your most embarrassing moment in 100 words or less!

"Quivering with gentility" is my new favorite use of the English language ever. Damned near titillating!

If you queried on or before 4/21/21 and haven't heard back, click the badge to get to QUERY LETTER DIAGNOSTICS before resending.