Thanks to all of you who took the time to write and post entries.

Reading them is always the best part of my weekend.

Here are the ones that stood out.

Who did I overlook? Let me know in the comments!

On the road to Vegas, we were beset by bikers.

“Hold on, Doctor,” I said grimly, snorting a line off the creamy leather interior of my red Chevy convertible. “Time we taught these bastards a lesson!”

“No time!” I yelled as I pulled hard on the wheel. Yawing across the road, we scattered them like marsupials.

“You see, Doctor?” I trumpeted unapologetically. “Those Hell’s Angels are no match for the Red Shark!”

Lovely shout out to Hunter S. Thompson's Fear and Loathing in Las Vegas.

If you've only seen the movie, you haven't had the full experience!

The marsh held many things. Its secrets spread out across its broad expanse. It held Lucy’s tears and the letter with another’s lipstick stains and Lucy’s husband’s name. It held a silk purse the same shade as the stains. It held Timmy’s bike that he lost control of when he found Lucy floating face down. It held a block of concrete from the construction of the nearby road. And attached to the concrete, it held the remains of a woman who once wrote a letter and carried a silk purse. The one thing the marsh didn’t hold was apologies.

I really love that last line.

“Kyrgyzs Tan? HGTV’s trying too hard with this ‘World of Color’ line. There also a Pakis Tan?”

“So does Rugged Montenegro. A darker shade would better cover the stains.”

“Nah, it’s the opposite color that cancels out.”

“What about that stain blocking primer – Kilz? Too on the nose?”

“Let’s just replace the drywall. And while we’re here, I apologize. I’ll get plastic sheets this time. I ain’t painting again next week.”

I thought I had finally found a way to foil Mr. Forti. 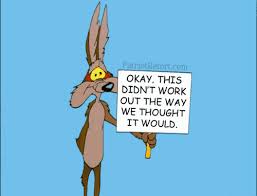 Earth was about to become history, courtesy of a humongous, hurtling meteor.

Nobody cared that Xander used Alexa to study quantum physics. Or that I scavenged enough second-hand Legos to build a functioning spacecraft. While the adults around us freaked out, we were on the road to Mars.

All we needed was heavy metal.

We rode Xander’s bike into the heart of the deserted reactor. I sang “Uranium Decays into Polonium” in my best Schoolhouse Rock voice while Xander smashed the containment unit. Using a silk scarf, he grabbed the fuel pellets.

What happened next? Reader, we left this planet.

He had the cutest walk. I’ve watched him around the neighborhood.

He’s from Venus, Dad said. You’re from Mars. Backward but with good intention. Dad never liked him. Or his kind.

He lived across the road, and I don’t apologize for trespassing. Once I tried to sneak in the basement. I heard him encouraging me. I failed.

Yesterday, he was alone out back. He couldn’t leave his yard. But with my = silky moves, I pranced atop his fence, batted my eyes. “Meow.”

Turned out Dad was right.

Running inside for safety. Pool nearby, she dives.

She kicks down. Water presses her eardrums, dampening all sound.

Shooting toward the depths, silken hair swirling, the rough bottom mars her trailing fingertips as she endeavors to evade.

Traversing the length of the pool, lungs soon begging to surface.

Needing to surface, she slithers up the far wall. Inhales.

No money for sensory deprivation chamber, the community pool is the best she can do.

I get noise-induced migraines sometimes, so this really resonated with me.

Nothing mars a seven-year-old's birthday party quite like a dead pony. As the phalanx of nonplussed parents pulled out of my driveway, I mulled the paths I'd pondered but the roads not taken.

I could have gotten her that shiny new bike. Or that silky Cinderella dress. Heck, an Xbox with Call Of Duty preloaded probably would have resulted in far fewer years of future psychotherapy.

I sure got it.

In my defense, though, I would challenge anyone to say they actually knew that water polo was supposed to be played without horses.

Stanley spent ten minutes turning a stick at Fall Fun Night, offered me the perfect marshmallow. Chad swaggered up, offered me a ride home in his sixteenth birthday present.

Stanley stood alone at the prom. Chad wore silk and Polo, stuck a promise ring on my finger as he promised adventure and travel.

Stanley stuck nearby, cut Mom’s grass since Dad died. We biked the French Alps, lived Khaosan Road. “Children will hold us back.”

France, Thailand, Uzbekistan, Kyrgyzstan. I should have stuck with my Stan.

I read Tim Lowe's and thought "That's the winner." But then I read the next one, and the next, and they're all so good! I liked NLiu's too, about the explorer ant. Janet, you've got your work cut out for you.

I vote for Unknown!

Can't believe Michael Sense flash-killed a birthday pony this week! Whatever next?!

And thanks, Beth Carpenter! Kendra and her ilk send you antennae-waggles of appreciation and promise never to gatecrash your picnics.

I don't know if Mallory Love's is a story, but it's eating me up and I'm loving it.

As a big childhood fan of roadrunner cartoons, I'm always game for the comparisons :)
My hat tip this week goes to Michael Seese. The laughter will usually get me vote, and it was cleanly executed.

That made my day.

Hi, reef pals! This is Amy Johnson, a.k.a. the Unknown who wrote about Stanley. I'm hoping when I post this my name will show up. I just did some playing around on the computer to try to fix things. Lately I've been only reading posts and comments without being able to comment myself (even as Unknown), but I prayed before trying to send my entry, and it worked. Yay! Maybe someone reading these has their own Stanley to stick with and was supposed to see the story.

Thanks for the mention, Janet. And thanks, NLiu -- loved your ant story. You know I like stories about ants. lol

All are wonderful. Michael Seese's and Unknown/Amy Johnson's grabbed me the most this week.

I didn't finish my entry. I wrote 1 sentence and got sucked into the fascinating rabbit hole of the silk road and the 'stan countries, placed some holds at the library, then read these great entries.

My vote goes to John Frain, but these are are all so fun! My muse was uncooperative this weekend. I tried, but my entry about Oscar the grouch was garbage.

Argh, I meant my story attempt. I didn’t end up entering it.

I loved all of these!

Kudos to everyone who incorporated Uzbekistan and Kyrgystan in their stories. Not something I could easily do.

Amy Johnson it's so good to see you back! I did initially name the ant Amy in your honour, but alas! Had to change it to accommodate the prompt words. English has an astonishing lack of non-transport-related words containing “bike”.

I was slightly #Floored by Forti, but Eastern Rose had a cadence that almost became an earbug to me.

Well done, everyone! So many good ones, but I lean toward Amy's. So much story - a lifetime! - in so few words.

I loved all of these, but the one by eastern rose really 'resonated' with me as well (was that pun intended??). It's funny that it is about sensory deprivation but I felt the entry quite acutely with the auditory part of my brain. Nicely done, all!

Well done to all the entrants (I totally missed the contest again). These are great and I am glad I'm not having to judge.

I'm late to the party... but loved reading these. Steve's "HGTV" line cracked me up. Um, Michael? You killed a pony? Just, no.