Getting a publishing lawyer to review a contract when you have an agent.


If an author has accepted an offer of publication and their agent is negotiating a contract with the publisher, is it common/acceptable for the author to also have the contract reviewed by a publishing lawyer before signing it?

If you want to have your publishing contract reviewed by a publishing lawyer, tell your agent. Sooner rather than later.

As most agents do, I have a boilerplate contract with all the major publishers, and a lot of the smaller ones too. This boilerplate reflects negotiations going back many years now. I know what they'll negotiate and more importantly I know what they won't.

When an author wants a publishing lawyer to review a contract, they won't know what's been negotiated previously. I'd rather have those conversations BEFORE I start negotiating on the author's behalf.


(I can still remember a writer's lawyer who wanted to change the royalty reporting periods. Not the royalties themselves, but when the reports would be issued.)

However, if you want a lawyer to advise you on the contract, a reputable agent will not stand in your way.

It's not common (at least not in my experience) but it's totally acceptable. 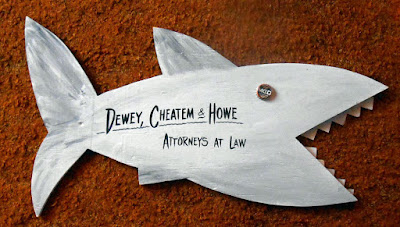 I don't know if I'm trusting to a fault - maybe I am - but after querying my middle grade ms to a dozen or so agents, I decided to query small, reputable publishers that accept un-agented submissions. Is un-agented a word? When one of them - with an exemplary reputation - offered me a contract, I said, "Where do I sign?" Truthfully, I don't even recall reading the dang thing. They have been exceptional to work with, the cover they designed made cry, and the book releases next month. For me, I needed to put my mental energy into writing the best story I could, and then commit to trusting an agent (if one had offered rep) or the publisher who saw the worth of what I'd written.

For the first few billing cycles.

Congrats, Melanie Sue! Be sure to remind us when the book is released.

Unscrupulous actors don't last long in the publishing game, but if you have a feeling that you found one, get an attorney.

Other than that I would consider an attorney to be a waste of money. The big publishing houses have used really high powered lawyers to hammer their contracts flat. Done deal; nothing left to hammer on.


Free legal advice => Don't sign anything you haven't read and understood. If you don't understand a provision, ask. If you still don't understand, or if the description isn't clearly reflected in the words on the document, insist that it be rewritten for clarity. If you don't like a provision, never assume it's benign and won't be enforced. Contract terms are always skewed toward the drafter whenever possible.

I can't tell you the number of people who have contacted my firm asking us to help them get out of a bad contract they signed. Ugh. It can sometimes be done, but not always, and not ever without expense. It's much less expensive, and generally more successful, to pay upfront for contract review rather than paying on the back end to try to get you out of it.

If the proposed contract is clear and unambiguous, and your agent explained the contract terms and you understood them, then you may not need a lawyer to review it. Absent that, paying for experienced legal advice is always wise [and tax deductible as a business expense].

We now return you to the regularly scheduled programming.