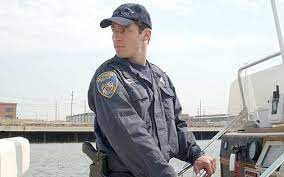 (as perceived by the powers that be) in the Barksdale case (season 1.)

When he and his partner fish a dead girl out of the Patapsco, the Homicide Unit investigates (sort of) and calls it a suicide.

But McNulty spots some anomalies.

It's not his case and no one else cares.

But McNulty can't let it slide.

That's his code. It's not expressed as such. It's usually called his arrogance, or his insubordination, but Jimmy McNulty has to solve murders.

When 13 more bodies are found in a shipping container on the dock, jurisdiction is in question. McNulty puts concerted effort into forcing the Baltimore Homicide unit into getting the case. Yes, he does it to fuck with Rawls the unit commander who demoted him, but he would have done it anyway because of his code:  he has to solve murders.

This theme runs through all five seasons culminating in McNulty running his own ops to do what he thinks is right.

The Code is never overtly stated as such.

There are references to it here and there.

It's actually better that the audience intuits The Code so it doesn't sound like some sort of oration on right and wrong.

An example of a direct statement of code is the conversation between Bunk and Omar.

The reason this works (when it generally would not) is that Omar is a thug. Even a thug must have a code! 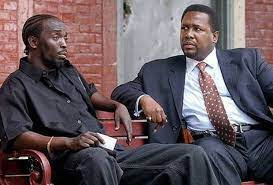 In The Professional, the professional assassin played by Jean Reno says "no women, no kids." about who he will target. We know the Bad Guy is VERY bad because he does kill women and kids. 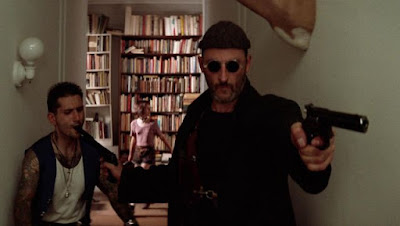 You can't have a moral dilemma without a code.

And moral dilemma is the essence of plot.

Even if it's never directly on the page, we should be able to intuit it.

The heart-thumping scene Please open the door in THE PROFESSIONAL still gets me. IMHO, it’s Natalie Portman’s best movie.


Such a great post.
Kitty, I couldn't agree more. Loved Reno in this film as well.

This is a BRILLIANT observation that it's too easy for us writers to forget. Thank you, oh QOTKU!

And what if they have codes that come into conflict, thus forcing a character to break their own code? For example, a person who dedicates their life to helping children but has a code that they won't touch a gun.

Now, someone is after a child in their care. How far will they go to protect that child? And how will they live with themselves after?

I love those examples. I may have to watch The Wire. I don't watch much tv, but every now and then binge when I'm working on some project or another.

In Writing the Breakout Novel Don Maass has an exercise.

What would your character never do? Now make them do it.

In Far Rider, The MC would never betray the women's unit she loves, but she does just that and becomes a rebel.

Her mother is extremely overprotective and would never do anything to put Kaelyn (the MC) in danger. She does just that when she puts her directly in the path of the big bad in order to hatch a scheme to get her daughter out of the women's unit.

Fer father would never abandon the mother. He does to protect her.

I keep those exercises in mind when I'm writing because it does add a lot of conflict I might not have had otherwise.

Her code is that Grandad must be protected. Until she can't anymore. OOH! I think I just found a line to add to my query.

If you are like me, and enjoy the challenge of an unreliable narrator, the code must be even stronger than normal.

Otherwise they just look like some ilk of villain.