"shown" but not "submitted"

I'm ready to start querying agents again after parting with my agent two years ago. I asked her for a list of submissions when we parted, but now I see it doesn't match with the records I kept. I think the difference is that my detailed list kept track of when she said she 'showed' something to an editor versus when she did a formal submission, but I'm not sure. If a new agent asks where the manuscript has already been submitted, should I use my previous agent's (very short) list or my own? Thanks for your help.

I assume you want to be as forthright as possible with your shiny new agent, so you want to use the longer list.

BUT you're correct to assume that "show" might not be the same as "submit."

Here's an example: I have a VERY short list of editors who get shown almost everything I take on, in that I talk to them about it first, and often give them an early exclusive.

The operating assumption is this: if they don't want it, I'm free to submit it to other editors at the same publisher. In other words, the editor doesn't log it in to the acquisitions data base as a submission.

BUT if a client  needs a list of where their manuscript has been I would include the shows and the subs.

So, here's how you handle it: break the list into categories.

List ALL the places your work has been shown AND submitted.

Categorize each as "shown" OR "submitted".

Here's what that would look like if I did it.
(This is NOT some sort of industry standard, it's just how I do this kind of thing. More on this below.)

As noted above, this is not something we all learned in Agent School.

When you list the places your work was submitted, it will be helpful to include any comments the editors made in response.

An experienced agent eye can often discern if it's a boilerplate rejection, or something that got a more thorough read. 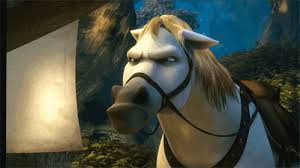 When I've been in the New Agent position, I've seen submission lists from Old Agent that set my hair on fire. It was clear to me (and to anyone with a lick of experience) that Oldie but Not Very Goodie had simply shotgunned the ms to everyone he could think of. It was also clear that the book was as good as "never submitted" because there were almost no rejection notes.

A lot of editors handle pitches from agents they don't know or don't like by simply ignoring them, passing without reading. If we were all on The West Wing this would be called a pocket veto.

Fascinating! As a currently on-sub author, I love learning anything I can about the process. Aside from my agent's helpful perspective, there isn't much general info about submissions out there. Thanks for this detailed overview and Happy New Year!

Oh, this is so helpful! Now, at what point in the process should we mention we had a previous agent (assuming we are querying with a new manuscript, and that the reason for the agent switch is that Old Agent left the avenging world)? In our query? After first contact?

Best of luck, Nom de plume! Having your stuff out on submission can be more anxiety-provoking that querying, so I pray it turns out well (as I'm sure it will!)

I've been on a writing break, and I'm starting to get itchy fingers yearning for a keyboard.

May all of you on submission find an acceptance. And all of you who are querying find an agent.

Janet, this is fascinating as I had no idea there was a difference, or that you could show and not have it be a submission.