An editor requested my ms-but she works at an agent only imprint. 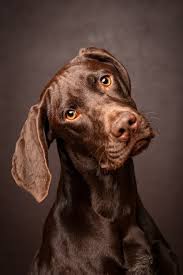 What should I, as an unagented writer, do should an editor at Penguin Random House ask for my manuscript?

This is not simply an idle question.

I signed up to pitch three agents at the Historical Novel Society's virtual conference this past June. I struck out with the first two agents, who were kind enough to offer pointers. The third, however, was the charm. She asked for the manuscript.

When she gave me her email address, I realized she wasn't simply an agent with editorial experience, but was an editor (like the web said) at Penguin Random House. I sent her a query letter. She answered in two hours, thanking me for the query and asked for the manuscript.

I sent the manuscript two weeks ago tomorrow. But since I don't have an agent (whom I thought I was pitching), I am not sure how to handle this whale.

I realize she wouldn't get back to me right away, even if interested. But the real question is how do I do followup? And when?

I so much don't want to queer this by making a wrong move.

The only wrong move here is to panic and start following up too soon.

It's clear you know that, so this is just a reminder.

You can ping her in 90 days just like you would an agent.

BUT, in the meantime, as you keep querying, you MUST mention this because once an editor at PRH/Berkley has your ms, your agent won't be able to send it to another editor there. You need to alert her to that early on.

While it is true that editors at PRH generally go through agents to acquire ms, they also read things they might be interested in. If that's the case here, she'll tell you to get an agent. And that's something you'd include in the query too.

This is the kind of problem I would love to have! Worst case scenario, you can include this info in queries which will most likely lead to more requests and faster reads. Best case scenario, editor makes an offer and you can then send a follow up email to agents who are reading which will most likely lead to multiple agent offers. Congratulations! Also, it's good to hear that you should follow up with both agents and editors after 90 days. Response times seemed to have slowed during this difficult year and a half so I've been reluctant to follow-up and seem impatient.

Fingers crossed for you, OP! It must be so hard to wait, but at least you can keep querying.

Good luck OP. Sounds like you're on the right track. Even if the editor passes, hopefully she'll give some useful feedback.