I told you to pick me!

I queried my first novel a few years ago. Several agents wanted it, and I signed with one. The agent then was not able to sell the book. I parted ways with that agent due to some concerning behavior that had nothing to do with the MS (I was always aware it would be a hard sell).
Now I have another book. I'm wondering how it would be perceived if I sent this novel out to some of the other agents whose offers of representation I had turned down. Should I mention that they had previously extended offers, or not say anything?

Mention it?
They will not have forgotten.
Trust me, I remember every single person who says no to an offer. 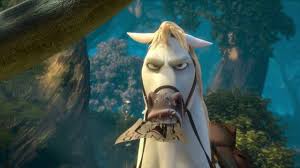 Your problem is not requerying them.
It's not telling them they were second choice.
It's the "concerning behaviour that had nothing to do with the manuscript."
If you part ways with an agent, you must be prepared to explain why you did so, and what went wrong.
To answer your question: if you query agents who previously offered rep, mention it, and say why you're back out looking for a new agent.
Any questions?
at 7:00 AM

If OP were to query you again, Janet, how should their letter be worded (because I have no idea how)?

I have seen part of this story on this blog so many times - writer and agent part ways, no book sale, and now writer is back in the market.

Is there a way to avoid this situation? I am not talking the situation where the agent changes career (that is easy to explain) or the agency goes under (it happens and I think other agents know that), but these situations that do not involve the agent leaving agency or changing careers or no longer being part of the mortal plane. How in the world would you best avoid that situation? What questions are the most important to ask at the beginning to gage if the relationship will work?

I suppose there is no solid way to be absolutely certain this situation won't happen, but boy, I would love to do everything possible to avoid it. I know this comment is of no help. It is a tricky situation and must be so frustrating. To have jumped a big hurdle only to have the hurdle put right back in place and made just a bit higher. That's tough. Good luck to the OP. Will be curious to see what others have to say.

And I'm also wondering: Since several years have passed, would a new agent have any interest in sending out that first novel again? Or is that project dead?

OP, I had this same issue about 1.5 years ago. I did contact the other offering agents and explained that my agent had stopped responding to me (email/phone call/text all ignored). None of the other agents said anything but, "I'm sorry to hear that, let's see the book."

I didn't end up signing with another one, because I decided that for my goals I would be better off putting the books out myself instead of going through the agent process again, but nobody seemed to be anything but supportive and kind about the situation.

E.M., I asked all the questions you're supposed to ask, and talked to two of my agent's clients to find out how working with her was. They both raved about her and her communication style. Which only made it harder/sadder when she simply stopped responding to me. (I did consider asking those clients again what was happening, but either she was only ignoring me (which would be bad) or ignoring everyone (which would also be bad) so I didn't see much point.)

So I have no idea how to avoid having it happen again, since as far as I can tell I did all the right things in selecting her. That's definitely part of why I chose not to try again - zero faith it wouldn't happen again.

It's super common to the agent/author relationship to not work out. There are a lot of, shall we say, less experienced agents who take on more than they can chew, and get frustrated when their work doesn't end up in a deal. They take it out on the author.

In this case, I'd say something like "I was previously represented by X on another book, and we parted ways amicably" in the query letter. Then when they want more details (IE if they're thinking of signing you), "I lost confidence in them due to a lack of communication after my first book didn't sell. Email responses that took over a month for simple questions, or even weren't responded to at all, phone calls always went unreturned, etc." The key is to focus on professional actions they did/didn't take, rather than rehashing any drama.

To have gotten multiple offers from agents, on your first book, is a wonder to me. It means you are a good writer. Tough things happen to good writers too, so just query the new book like you did the last one. If any agent remembers it, admit that you made a mistake.

I hope it turns out to be a good thing for you, not having to deal with the first agent. Best of luck.

I'm with Craig F on this one. Multiple offers? Wow! Congratulations! And good on you for continuing to write, and having faith in the agent-writer system. It was also really pleasing to read Heather Wardell's experiences in similar circumstances showing positive and supportive other agents :)

I read a post by an author just this week who was in the same situation (where the agent had become a ghost). It must be heartbreaking to finally sign with an agent and then find yourself back at square one.

Best of luck to you, OP, with revisiting those earlier agents. As others have said, you can obviously write so I am sure you will find representation again.