How much of Book #1 should I mention in query for Book #2?

I sold my first novel (a western) in 2019. Since then I have written a sequel. Quick question: How much of the first book should I reference in the query for the sequel (e.g., should I mention it at the beginning in terms of where the sequel picks up the story line)?

That's not the question you're going to run aground on.
It doesn't matter what the first book is about.
It matters only that there is a first book.
Most publishers don't want to acquire Book #2 in a series if they don't have rights to Book #1.
Why is that you might wonder.
It's because a decent percentage of readers like to read series in order.
Which means all the promotion Publisher of Book #2 does benefits not them but Publisher of Book #1.
There are exceptions to this of course.
Generally an author is able to move a series if Publisher Next thinks a wheelbarrow full of money is to be made. 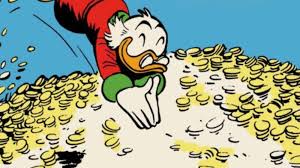 But to answer your question: you don't mention any of the plot of Book #1 in a query for Book #2. You say only that it's the second book in the series.
Questions?
at 7:00 AM

When the author states it's the second book in the series, should this be the opening query sentence, or sometime later? Maybe between the critical decision the protagonist must make and the author's bio? One other question: should one still list writing comps, or does Book #1 effectively take care of this facet? Thanks!

If book one didn't sell, I'd think book two needs to be completely stand-alone to have a chance, right? Like the same character, but an independent story instead of a continuation, so that book one is irrelevant to sellability/readability.

Unrelated, good to see you back. Missed chatting with everyone here. How the hell are you all?

Did OP sell Book #1 without an agent?

1) And what if the publisher of Book #1 is the author themselves, does own all rights including their ISBNs to all editions of Book #1 (meaning they purchased them themselves and did not take one for free from Amazon, hence can do whatever they want with their book), meaning a publisher could theoretically still acquire the rights to Book #1?

2) And what if Book #2 isn't a classical sequel but 'just looks' closer at a certain event from Book #2, meaning the storyline of Book #1 isn't picked up after the ENDING?
So, basically, when Book #2 is a standalone and so is Book #1, although they can be linked?

And like Kitty, I'm so glad you haven't totally retired, Janet. I'm so happy to see this post!!

Oh and *waves*, Steve Forti, I had a rough few days emotionally but am much better by now. Also, 50% of this household has had their first dose of vaccine (not me!), so that's a shy light at the end of the tunnel.

I haven't spoken up in a long time, but I wanted to join the chorus in rejoicing at Janet's return. It was a long dry spell.

I wonder if treating book 1 like a prequel and having books 2 and 3 and more as a new series would work. That is, write book 2 as if it were book 1, with no prior knowledge needed, and with room for more sequels to follow.

Since you are querying, does that mean the publisher for book 1 does not want book 2?

Yay, Janet! Welcome back to Teh Interwebz! They haz many cats!

Seriously, though, hope everyone's doing well...or okay...or at least managing. I hear the internet is a good place to find photos of cuddly animals.

(this question is for Janet):
4) Wouldn't the author simply mention that the publisher had acquired Book #1, and explain why their readership needs/is ready for Book #2?

Oh, I have so many questions.

I am as confused as a lot of the others. I am wondering what happened with publisher of first book? Was it self-published? Was there an agent for the first book? I mean if its a case of agent and/or publisher going belly up, that is one thing. But if it is a case that publisher did not want book 2, what does that do to chances of agent wanting book 2? Maybe start something new? I have so many questions.

Glad to see a new post. Miss you guys. Hope everyone is doing well.

1) Katja, it looks like Book#1 was sold to a publisher. So that would probably raise questions such as "Why are you not publishing this with the same publisher?" "Did an agent sell the first one? And if so, why not work with the same agent?"

2) Hi, Steve Forti. It's good to see everyone back, and I also hope everyone has been well. I've been laying low, as I just got the first vaxx shot and don't want to get sick before the full immunity kicks in. (There are too many stupid people around here who flout mask regulations, stand too close to strangers, etc.) By early April, I'll be at peak immunity.

3) What's this talk of Janet retiring/semi-retiring? I just assumed she was super busy with work. Did I miss something???

4) And as others said, it's good to see everyone again

OP: Congratulations on having sold a book!
Everyone: I'm so glad to see a new post and new comments, and to learn something new. I miss you all, Reef Fam.

I put my energy into a short story or two that fit into the universe I am building. That might give me some name recognition and let me judge the the reception of my ideas.

If i was to try another book, I am, it would be some other genre, story arc, or something. I would keep walking down that same dark tunnel and hope I see a light at the end of it sometime soon.

Hey Craig, just wanted to say that you probably put your energy in a good place. :)
There was a post on Anne R. Allen just the other day that writing/publishing a short story before a novel is 'the way' to do it (or at least having great advantages)! :)

Excellent point about why agents don't want Book 2 of a series - now I'm wondering if it would be a good idea for OP to make the effort to re-write Book 2 as a standalone?

Great to see everyone back on the Reef *waving*.

But, as has been pointed out, if book 1 is not available to the new publisher, the new publisher is hardly going to want to publish its sequel. That's free publicity for a competitor. Better to start a new relationship with a new book. (Is that general life advice too? 😉)

I hope you're making the most of the breaks between blog articles, Janet. Perhaps you could post a weekly article that just says "How are you doing?" to give us all a chance to catch up in the comments? 😜 I know, I shouldn't suggest such things. That's a Carkoon-worthy offense...

Hey everyone! Nice to see you!!

Hi everyone! Congrats, OP, on having one book out there already :)

Just joining the chorus of joyful welcomes for the QOTKU -- so glad to see this post!

I would support Colin's suggestion and voluntarily join him on Carkoon to help eat the kale.

Especially because I was thinking the other day about how many and good connections I have been able to make JUST because of your blog, Janet!

I wonder if this situation is similar to a question I've been wondering a while.

If a writer pitches to an editor without an agent and the book is acquired and published, but the publisher drops the series before it's completed (example, after book 1 or 2 of a planned trilogy), how can the author finish publishing the series? Is it dead in the water? Can they self-publish the rest? I presume like this post says a second publisher isn't going to want to publish the later books in a series another publisher has started.

I love Colin's idea of a weekly discussion thread! I miss the chatter.

How nice to see Janet pop up in my pile of emails I am behind in reading!

I don't have anything to add to the discussion on querying book 2, but wanted to pop in from the bamboo patch and say hi everyone! Also everyone should watch the National Zoo panda cam. Baby Bikkie is at his cutest he will ever be! Everyone needs baby pandas!

I have nothing to add. Everyone else already asked all the questions. I shall sit here with my popcorn until someone answers them. *nom nom*

How am I? Busy with Real Life. Also still agentless. There are so very few agents in the UK that rep my genre. I might have to write twenty books before I succeed. But. I. Shall.

*Glances in timid trepidation at the Karkoon Enforcement Brigade, raises hand with hesitation* I would also love to see a weekly post. I miss all of you, and especially the Shark.

I'll buy my own kale.

Good to know, and even better to see you all,
Brenda

Glad to hear from everyone, including you Janet.

I'll be joining the Carkoon group. Weekly check in would be nice.

So, I am not OP, but I'm familiar with the situation. As everyone has a lot of questions in response to this post, I'll share a bit of my pub journey and how I am approaching OP's problem.

I am currently querying Book 2 in a series as a stand-alone novel. On advice of *an* agent (not my agent, as I don't have one), I don't mention that it's a book in a series AT ALL. I don't even mention Book 1 in my pub credits, although there are references in my email signature and my Query Manager Bio, so I'm not exactly hiding it.

My situation is this: Book 1 was contracted by a small press. I am still writing and still unagented. My small press is currently considering Book 2, but I would love to secure agent representation mainly for their expertise and also access to other mediums like foreign publications, audio, and film rights.

Best advice to OP from someone who's been there: Query Book 2 as a stand-alone novel. MC, Plot, Stakes. Mention Book 1 as a pub credit if you want, but structure the query solely for the plot of Book 2. Who are the characters, what chaos do they get up to, what choice to they make, what's at stake if they fail?

KariV, great, insightful comment!
Thanks for sharing your experience. :)

Miss you. Hope you are well. Ha, how needy we are.

KariV - As the proud owner of a copy of your first novel, I'm sure No.2 will be picked up by your publisher as well. Can't wait to see how things unfold for Prok, Caylenn, and Makky.