Can I requery if I figure out my first one was a mess?

Forgive me, oh shark, for I have erred.

I have begun querying agents about my novel. It's undergone judicious pruning and the query has been edited more times than I can count. I'm pretty confident in my submission--or at least I was. Now I'm suddenly noticing flaws in the query after sending it to fifteen agents. Whoops....

The query doesn't mention the first few events at all, and skips right to the major plot point. I'm afraid this might deter agents, as what happens in the query doesn't happen until later in the novel. I also feel it's too dull and uninteresting, with very little life in the words. Should I:

1) Rewrite the query and resubmit?

2) Rewrite the query and submit to new agents, putting the old ones behind me?

3) Stop freaking out and wait to see their responses?

Or am I making a big deal out of nothing?

Well, you're not making a big deal out of nothing if you think your query is dull and uninteresting. I had to laugh at the phrase "too dull" cause it sounds like you think there might be an acceptable level of dull in a query. 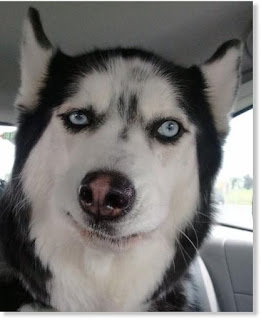 I'm less concerned about the fact that your query focuses on a major plot point. That's probably a good thing.  You may be starting your novel in the wrong place (which happens a LOT) if you're not
getting to that point until "later in the novel."

The story starts where something changes.

Yes you need to set things up. For example Romeo and Juliet need to be introduced, the feud of the Montagues and Capulets revealed. But the story starts when Romeo sees Juliet. It is from that event that the story flows.

Consider one of my favorite movies, Heat. In a previous post, I used it to illustrate building tension in a novel. The movie starts with DeNiro stealing an ambulance, Val Kilmer buying explosives, Al Pacino canoodling with his sweetheart, and the other characters brought on stage.

But it's not until Waingro shoots the armored car guards, where something goes wrong, that the plot starts. It's about nine minutes into the movie which runs 160 minutes total.

If you're querying Heat, or Romeo and Juliet you talk about where the story starts, even if there are things that happen before that.

But notice in both Heat and R&J, the precipitating incident happens pretty close to the start.

Now, as to your question. Once you've queried an agent and gotten a reply, that's game set match.
If you've revised the novel substantially, you might requery. Revising only the query itself, not so much.

That means the correct answer is #2.

That said, there's no such thing as the query police and requerying with a revised missive will not kill you, or me.  It will annoy me most likely, but almost everything does, and that's not really a downside you need to worry about.

Even in a literary novel, the inciting incident happens pretty soon. In "Commonwealth", which I just finished, it's a stolen kiss between two people who are married to other people. The first line of the novel starts us on that train: "The Christening party took a turn when Albert Cousins arrived with gin."

Fantastic novel, by the way.

While 2 might be the correct answer, a bit of good old number 3 can't hurt. What's done is done. Continual improvement to make your query stronger for the next batch of agents. Maybe query in small batches and go through a new iteration of your query after each batch. Then after a few rounds, the query (and quite possibly the novel) might be so different you can think about requerying the first batch. Best of luck!

I’m looking back at novels I loved this year to see how close to the beginning the authors incited. Oh, those tricky beggars. In ‘Less’ it’s very subtle, with poor old Arthur left waiting in the first few pages. In Eleanor Oliphant’ it’s a black eye in the second paragraph. I’d say that Celeste Ng is the reigning queen of this art. Her inciting incident is in the first line of ‘Little Fires Everywhere’.
Interesting.

OP: Congratulations on getting to the querying agents step in the process! Way to go!

What if your inciting incident is apparently ancillary to the story; what if it is just something hinted at that suddenly explodes onto the page in your final act?
My main narrator shows the reader things about the story while, ostensibly, taking the reader down a very different track. Basically, I really want to f*ck around with the reader's head and I'm not sure how I would present this notion in a query. The story is about the main narrator, but, in a much realer sense, it isn't. I'm not going for a Gatsby effect or anything; the main narrator doesn't follow the actual protagonist around like a puppy. I use two narrators, operating within their own inter-connected stories, to reveal the plot piecemeal to the reader. When I'm ready to query, should I tell the agent that's what I'm doing, or present the false-flag story as the actual plot and let them make what judgments they will if they request a full ms?

Don’t give up; there are plenty of literary agents out there.

That is, as most of you would recognize, pulled letter-for-letter from a rejection.

Don't worry about your first 15. Eliminate the acceptable level of dullness in your current query. Fire that query writer. Fill the new one with a shot of your favorite beverage and write a new one. Sit on it for a few days. Give it to your CPs. This is a long game. Get it right before you send it out again.

When you decide it's right and ready, set it aside for another couple days. See if it's still right. It likely won't be.

Here's the thing--you can send it out and realize all over again that it's wrong and you sent it to six new agents. Or you can let it sit for a while and realize the same thing BEFORE you send it out to the next set of agents.

Don't hurry. You'll be waiting anyway. And in the meantime, you've got that other story bouncing around in your head.

What an exceptional first line!

"The Christening party took a turn when Albert Cousins arrived with gin."

I'm always curious what iteration of the first line we're reading in the finished ms. I bet that one was First Line, Take 24.

I've read quite a few queries. Some were really bad, some good with the occasional great one showing it little head. None of those were perfect. There was also something left dangling.

The question is in how it dangles. That is because the reason for a query is to entice someone to want to read more. Its very nature makes it subjective. It becomes even more so when you ask people struggling with them what they think.

Just be careful not to screw it up. Best of luck to you.

I'd go with option #2. rewrite the query and keep going. Who knows?... Maybe some who got the original query will still respond. Best of luck, OP! Querier's remorse is definitely a thing.

And what's with only 8 commenters today? Not that I mind getting in here before there are 648 comments already. Was there some sort of worldwide disaster (other than the obvious) that I am unaware of, what with me being on my idyllic isolated island? Have all the Reiders gone on a wonderful vacation together, to which I was not invited? Oh well. Maybe it is time for a drink and a snack!

Oh my gosh! How did we forget to invite Panda in Chief?!

I echo JDF. Start something new while you wait. The stories of writers completing 5+ manuscripts before finding an agent are many. And even once you do, there will be many, many more revisions before you're done with it, most likely. With queries, you're talking personal taste. Take your time.

OP, I'd echo John (mss) Frain and say wait a while once you get that re-write perfect. If you are ANYTHING like me, I always feel that the query I've just written is the Best Query Ever from me. Then a few days later I get another epiphany. I feel so confident every single time! but I know by now: don't trust the epiphany. Not until it's sat a bit.

Panda, it's always time for a drink and a snack!

What John said. Don't think I can add to that.

I hate querying. It's opening the door to second guesses. Am I not getting requests because of the query? the story? the market? Is it a NORMAN? Do I nudge? Argh.

Thanks for the informative article.This is one of the best resources I have found in quite some time.Nicely written and great info.I really cannot thank you enough for sharing.

I’ve reworked my query about a million times and thought every single version was THE ONE! That’s the benefit in sending out queries in batches, so we can keep improving and still have agents left to query.