And you thought *I* was harsh! 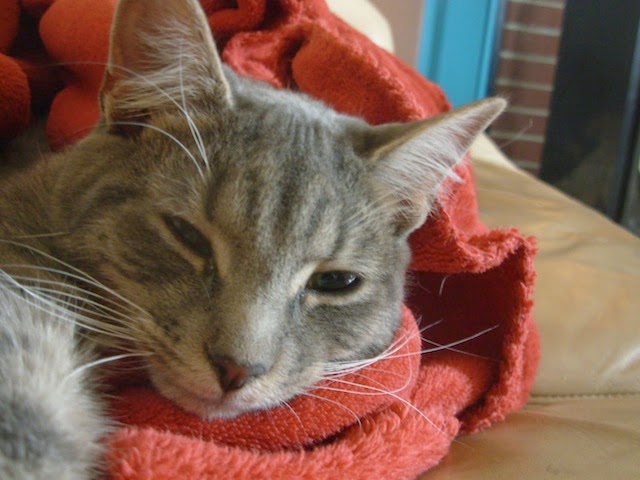 Herewith the novel you sent me for consideration:

Not enough cats.
Too many dogs.

Email ThisBlogThis!Share to TwitterShare to FacebookShare to Pinterest
Labels: awwww

And the heroine should have 9 lives...

Cats can be pretty harsh. Just close the eyes tight like: how can I put up with this. Great picture.

Aww my Goss came to visit again - I thought he'd gone to hide in the basement, so am reassured he is with you. (Though it IS impossibly cute when he comes up from exploring, festooned with cobwebs ...)

Lance, I can't even tell you what it's like living with him. He IS a stern editor. But a nestler without peer.

I love that name.

And dammit, I don't care what the old saying is, there are far too many mice playing in Act II.

I bet the cream and catnip percentages are way off as well.

Donna E. thank you so much. I actually got a lot of flak about his name when he was wee - but he's named both for his *incredibly* soft coat and for a certain furry red Looney Toons monster who wears sneakers (Goss has white sneaks!), and I happen to love it. He has never registered any complaints either. :)

Well, apart from my current writing, which he feels needs some work. Exacting taskmaster, that one.