Thanks to all of you who left your roast beast, put aside your nog, and otherwise yielded your Yule to join in the contest fun!


This contest has a new wrinkle: instead of announcing the winners, I've re-posted the five finalists' entries.  You get to guess which one is the winner.  (not pick the winner, guess who's been chosen)

Herewith the results of the 77 entries, each of which I read more than once:


Three entries had a line that just leaped off the page:

C. Andres Alderete 12:12am
She was beautiful once, but circumstance gnarled her and gravity pulled her and God demanded too much from her.

Jeff 4:32pm
Murder is sometimes a necessary breach of etiquette.

Michael G-G 11:53pm
The Shark, moments before, had knifed out of the conference bar and plunged into the ocean, headed for Nassau.

Of course, some of you resorted to poems, and they were doozies!

Working Stiffs 1:04pm (with special recognition for mentions of La Slitherina Herself)

Two of you have been reading too much metafiction and are now writing metaentries!

Several entries had very interesting concepts but weren't quite a story:

Four were very very nice, but not quite stories:


This is AMAZING but again, not a story:

That cunning Adjective was on the chase again. Noun looked for a page to hide behind but the outlook was bleak. Verb had already unhappily fallen prey to Adverb. The battle for narrative clarity seemed impossible to win.

“Stop breaching protocol!” Noun shouted. “Publishing doesn’t like when we pair up.”

“I hate when you talk about Publishing as if it’s some Entity to fear,” Adjective said. “It’s those critique groups you should really worry about.”

And an illustrated entry (which I promptly posted as my new Twitter avatar!): 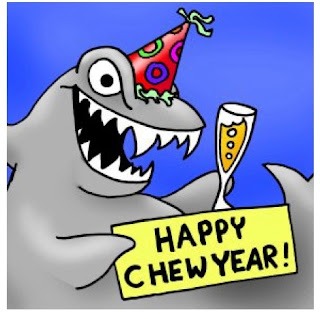 Here are the five finalists:

Mr. Copperfield had the peculiar occupation of giving chase to rabbits for a living. Every morning he would stare down at his vegetables from his farm house only to notice a severe breach in the wire fence around his garden.

It was a bleak situation.

Despite the turned pages of Rabbit Hunter Weekly, all of his cabbages were gnawed to the point of no return. Red-faced, Mr. Copperfield cursed the little bunny entity, marched outside, and poised his shovel to strike, only to find his dog, Pookie, slipping back through the fence with a cabbage head between his teeth.

“She wouldn’t let me page you,” Sam says, as I breach the double doors.

The bleak emptiness on his face confirms my worst fear.

“Why would she choose a human doctor?” I ask, as my eyes chase the arterial spray across a gleaming white wall, “I could have saved her. You knew that.”

My hands twitch with the need to touch my sister. Heal her.

A sick feeling overtakes me.

Patrice 9:35pm
“There’s been a breach in the perimeter! Page the commander.”

I pick up the mezzophone and bark into the speaker, “Alien entity alert. Perimeter breach. Chase it down!”

Alarms sound overhead. The red light flashes, alternating with an amber blinker. This is the real deal.

I peer out of the viewport and across the bleak expanse of moonscape, seeking the telltale dust puffs that will give away the approach route. I see nothing.

The mezzophone chirps. “Yes?” I ask.

“We found the entity.”

“And…?” I feel the sweat pool at the small of my back.

Realityanalyst 9:54am
Insufferable avian. Every year – every single bleak midwinter, without fail – it raps at my window, begging to be let in.

Let it freeze. It’ll never make it through the double-glazing. Besides, if I let it in, it’ll only chase me around my chambers, squawking its one-word vocabulary and pretending to be some dire entity of lore.

As if I didn’t have enough to do.

I ducked my head, turned the page and tried to concentrate on the report. Breach of contract, insurance number, ominous silhouette at the window –

No. Enough! I’d had enough!

Shaw sat in his car and snipped the dedication page from every copy of Ceaselessly and then returned them, the bookstore non-entities crediting his Discover with a sigh, a “Sorry” or “But it’s Henry Light.”

The pages applauded in Shaw’s hand as he chased Henry under the bleak dawn, across West Egg beach. Henry slipped on the rocky stubble, and Shaw fell on him. He rolled Henry over and kneed him.

And dragged Henry into the sea.

Now, here's the fun part (and a new and delicious way to torment writers!)

I've picked the winner. Who do you think it is?

Email ThisBlogThis!Share to TwitterShare to FacebookShare to Pinterest
Labels: contests

Okay, pulled the lever on my vote. And because I was late to the party, I may have been fashionable BUT missed all the writing fun.

I've been lurking and just voted for Joel. But they were all very good.

Great idea - so much fun! And fantasmagorical avatar pic. Also, who knew I could write metafiction? MUST TELL MY AGENT!!! (Voted for JBTaylor, btw.)

My choice? Janet B. Taylor. (Surprisingly, as I never pick a winner, she's in the lead. This will probably jinx her.)

Your choice? I have a feeling it's Joel.

Love these contests. Gives us a chance to think outside the novel (or other WIP). Flexes different brain cells. I'm still guessing Janet B. has it wrapped up.

.....what?...no honorable mention for the shortest use of words? or
did I offend some Roman Catholic belief system?

Thanks for allowing me to play, despite the premature entry.

I don't know how you settled on five much less one---everyone's so talented around here.

Just voted for Joel, although, ahem, I love mine the most.
Thanks for the contest. I enjoyed thinking about it.

Oh, and thanks for the honorable mention. Flattered, appreciated, etc.

Oh my goodness. I'm glad to see that my little bunny creation landed up as one of the finalists. Thanks!

O'Guillory, no grousing or you get eaten by wolverines.

I've never considered writing mysteries, but I had a lot (not alot) of fun with this contest! Perhaps after I finish the two MG novels I'm obsessively editing.

Congratulations everyone! Thanks, Janet, I enjoy playing.

Thanks for the nomination, the votes and the kind words.

I read the nominees to my partner, and he snorted a laugh at Realityanalyst’s. And then asked if I'd started the laundry.

Happy New Year, and thanks again.

Great contest, and so many fabulous entries. Of course, the ones I would have chosen for my top five were not the ones Janet picked, reinforcing my conviction that a "not for me" form rejection sometimes does just mean "not for me." A story can be polished and shiny, but if it doesn't resonate with one agent, that doesn't mean it's without merit or won't appeal to someone else. So, thanks for the object lesson and congrats to the winners.

Good Lord, I have the vapors.
Thank you so much for the nom. I don't have hopes, tho. The only thing I've ever won was a coupon for a free Arby Beef and Cheddar, but one can always hope.

All the entries were just great!

They are all brilliant, but the winner is Janet B. Taylor.

Um...wolverines as in Hugh Jackman? 'Cause if that's what you mean, I might grouse a little myself. :)

OK. Suspense is killing me. Which of the five won?

I'm betting on Patrice as the winner. Fast world building, great conflict, a promising character arc. I really want to know what happens.

I secretly want the mom to be the "Good Guy" and the off-spring to be temporarily misguided. Then I want the protag to cause serious troubles from within.

They were all great entries! I'm also wondering if the beloved Pookie gets his head chopped off for his sins.

Oooh, I am doubly excited now -- that I made the finals (tres cool to be noticed by the Shark) and that someone is intrigued by my quickie story. I do like the idea of the mom being in the right, and the offspring being the one who's got something to learn. I saw it as a comic bit, that started the story off with a clear sense of humor. BTW, do you think Rizzo is male or female?

Ain't writing fun? This one brought me back to my Asimov and Bradbury youth.

So, will we find out who won?

Janet is having way too much fun with polls.

If you queried on or before 9/18/20 and haven't heard back, click the badge to get to QUERY LETTER DIAGNOSTICS before resending.