at least you recognize this is foolish

How much does (assumption of) gender preference play a role in who to query--am I shooting off a proverbial foot by excluding men from my queries because my novel doesn't seem like something to their preference--or is it really more about what a person can sell?

I understand finding the right agents means finding someone invested in the story and willing to read, re-read, and re-re-read a client's manuscript. Finding the agent that actually does feel "drawn into the opening pages" is no small feat. I've (likely wrongly) assumed an agent interested in say, Romance for example, tends to be women and this has bearing on what they'll represent.

You're shooting yourself in the foot by excluding men in general from your query list.

Unless you absolutely do not want to work with a man no how no way**, in which case you're in the wrong place cause we let men work in all aspects of publishing and you're bound to run into one sooner or later.

Blanket assumptions about what groups of people like/don't like/think/believe/act are what make one any number of -ists.

And assuming something about a particular agent is equally dangerous. If my incoming queries are any indication, people who start their queries with political assumptions about me are wrong 100% of the time.

Query everyone. Sort 'em out when they come with offers of rep based on what they say and what they've sold.

**A recent Twitter post about a job applicant reveals this as a less-than-effective thing to tell prospective employers. 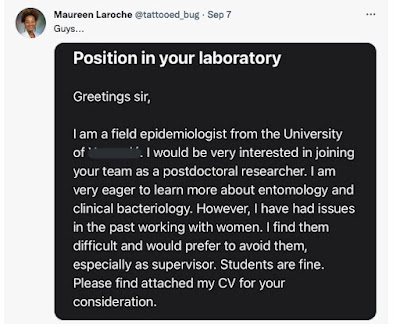 A good friend of mine who loves fantasy and science fiction discovered romance novels by reading a couple of his wife's collection. I do not, myself, understand romance novels--that is what makes some popular and others not. But in my click group, I do find them well written and the prose is engaging.

If this sort of thing were so, women would not read CJ Box novels nor Lee Child novels.

100%. Remember assuming anything about anyone will make an ass out of u and me. Query widely. When you get an offer, then sort out the minutia. I don't think I spelled that right. Oh, dear, another sleep deprived Monday loading.

It is I, the OP, shamed faced and shot foot. I have no idea where the notion and assumptions came from. Too much time spent listening to a singular group, absent of diversity, thus propping up old incorrect assumptions*.

I did eventually realize this was dumb, and have been sending to all agents.

My penance is more time spent in the query trenches. Deserved torment to be sure.


*This is where most misdirection starts.

OP, I'm very glad to hear you've had a change of heart. I will tell you why. I don't put my real name out there due to an ex who tried to kill me. (long story) While I am findable if you work at it, making it as hard as possible suits me. To that end, were I to put my real name out there, you would automatically think I am male. I am not. I was born female and female I shall die. Even the US government failed to notice this when they sent me a draft notice however which took weeks to sort out, people who don't know me and all for whatever reason ask for MR, and most of my mail still comes to MR. So to anyone reading this who might be considering not querying widely, don't be foolish. A name is only a name. You have no idea whatsoever who is behind it. It could be your next agent and you very well may be shooting yourself in the foot. Don't do that.

Nightsmusic sums it up well: "A name is only a name. You have no idea whatsoever who is behind it."

KAClaytor, best of luck with querying!

@Cecilia Ortiz Luna - thank you for the suggestion and thank you Theresa for the luck, as I'll need it.

I should maybe add it's not romance or women's fiction (though there are some elements of those genres) - it's speculative fiction, with what I suppose would be considered "feminist" elements.

Have shovel, will query. I am now accepting rejections from *ALL* agents ;)

Several men are on my tentative list to query, and I can't wait to start sorting through all my offers of representation!

Have shovel, will query. I am now accepting rejections from *ALL* agents ;)

As an established Romance author, I've been part of a movement to include more men in Romance, as authors, as readers, and we'd even extend that to editors/agents. We definitely want more men in the field, and actively encourage such practices. We had quite a few men come to the recent RWAus conference. It was great!

As a long-time Speculative Fiction author (SFF), I've always been part of a movement to make SpecFic friendlier to women. For the past thirty-plus years, there has been an increasing level of Feminist themes in published SFF.

OP, by subbing your SpecFic script with feminist themes to any and all agents, you are now part of that movement. Go forth and be bold, and do not fear that an agent may be so out of touch with current SpecFic trends that they will reject your ms for having feminist themes. (If on the rare chance they do, then they are not the agent to champion you.) Most of them are au fait with the growing presence of feminism in SpecFic, and will be fine with it.