I recently attended the annual meeting of the American Historians Association here in NYC.

I knew I was in a whole different world when I passed the bar at 6pm and it was empty.  One of the main complaints at every Bouchercon is that the hotel doesn't provide enough bar staff.  They don't believe the organizers who tell them writers will be in the bar before they'll be just about anywhere else.  Now I see why the hotel has doubts: these historians, although fun and festive, do not lollygag about in the bar.  (I liked them anyway.)


One of the panels I attended was about AskHistorians.com.
I'd never heard of it before (probably because I was busy lollygagging in the bar) but the description sounded interesting.  It's a place anyone can ask questions about things in history.

Some caveats: it's not the substitute for research you can do on your own.
A question like "When did Germany invade Poland?" isn't going to survive moderation.

But a more nuanced question  like "I'm a young woman in Mongolia in 1066. What are my chances of being kidnapped by a rival tribe and married off to a total stranger?" is what they're looking for.

The Q&As are hosted on Reddit, which scared the crap out of me cause I have always found Reddit to be a cesspool, but this little corner is remarkably non-toxic.  That's most likely due to the very careful moderators who are all volunteers (bless them!).

The reason I mention this is that many of you are writing historical fiction. This is a good place to get world building info, or verify something you've read that sounds weird. Or just find out cool things that get you thinking.


I've just gotten started so I haven't posted my first question yet, but I'm going to ask about literacy and books in Mongolia.

Yes, you can sense a theme now. Mongolia, right? Yup. For some reason I came away from the AHA meeting with a real thirst for All Things Mongolia.

The Mongol Empire by Timothy May 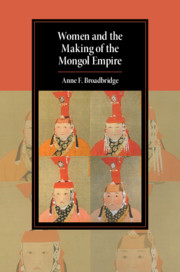 Women and Making of the Mongol Empire by Anne E Broadbridge


If anyone is writing historical fiction set in Mongolia I hope you'll query me.
at 7:00 AM

So, bone up on Pallas's Mongolian kitties. (a.k.a Manul) Their habitat is being seriously damaged or shrinking which makes it difficult for them. But, they are welcome in my home anytime.

Ooh, AskHistorians.com sounds like a wonderful place to visit. Thanks, Janet.

Oh, no. My comment, the second one above, is saying it was posted by "Unknown." It was posted by me, Amy Johnson. I must look into this. Whoa, having an idea for a Twilight Zone type of story.

And now my comments are showing up as written by "Anonymous." This is perplexing. And funny.

Read Rough Magic: Riding the World's Loneliest Horse Race by Lara Prior-Palmer and look up the NY Times story about the 70 year old from Idaho winning it this year.

I dream of galloping across the steppes...

Did I just enter the Twilight Zone? Someone has posted comments as Unknown for months if not years. (Under normal circumstances, I would go lollygag at a bar, but I can't.)

I'm chiming in to say, yet again, how much I appreciate the collective wisdom found on this blog. Between yesterday's post and today's, the flood of fabulous book recommendations, advice, and information keeps pouring out. Thank you, Janet and blog readers/commenters, for the enjoyable reading and new knowledge.

Fantastic resource, thank you so much!

Have you seen the YouTube series Crash Course World History? There's sort of a running gag that they'll make a broad statement about empires or trade or dynasties and add, "Unless, of course, you're the Mongols." So it's pretty fantastic when they do get to the Mongols and explain why they're the exception to so many historical trends.


I’m not writing fiction set in Mongolia anytime soon, butI do have a couple of book recommendations

Khubilai Khan: His Life and Times by Morris Rossabi

Hunting with Eagles: The Kazakh Eagle-Hunters of Mongolia by palani Mohan (this has some amazing photos and you might be interested to know that, while not discussed in this book, there are a few women who are modern day eagle hunters)

And Jack Weatherford has a few books on the topic.

I've been to a few AHA conferences. I suspect that the empty hotel bar means the historians found another place to hole up while drinking their alcoholic libations. In fact, there is a contest for the best name for a historical cocktail.

Weatherford's GK and the making of the modern world is a fantastic read- a serious how to book on conquering, assimilating cultures, tolerating religions and managing a corporation. it also offers insight on what happens as the ruling class quits sleeping on the ground. and of course the power of negative spin through history.

sidenote- if you type askahistorian instead of askhistorians you'll trip down a wormhole. long live the proofreaders.

ooooh. Thank you for this Janet.

Oh my! AskHistorians has a book list. Shaka, rattle and Roll, the story of humankind volume 11 looks super.


Without history you have no future. I take that a step further and base my world building with history. It keeps it familiar though strange and keeps me from getting lost because a timeline is built in.

I agree with the simple brilliance of this site.

Ooh, this is excellent. I've been a reddit skeptic too, but this channel might make a convert of me also. And I wholeheartedly agree with Claire...I've learned so much from this blog, and all the readers!

Good luck dealing with the Google glitchiness, Amy Johnson! I feel your pain...my website got hacked and it's temporarily down (blurgh). Now to go fix...

Thanks, Janet. Now I'll know who to blame when I never finish my novel. So many rabbit holes, so little time.

Amy Johnson, that sometimes happens to me when I'm posting from my phone while on the road (not while driving, I promise!), even when I'm signed into my account. It's a mystery.

I got to visit the Mongolian Embassy here in Canberra (probably the closest I'll ever get to the real thing - somewhere I've always wanted to go). It was fascinating - the art, historical artifacts etc on display were super interesting. We also got to eat traditional food, which was different but really nice. They also showed a video on Mongolia. Mesmerising. I learnt so much about their history and culture.

Of course, you can also watch the Mongolian special from The Grand Tour (Jeremy Clarkson et al tv series). The scenery is breathtaking.

The husband of a family friend works FIFO from Mongolia. Rather jealous.

Thanks for this--I am currently knee-deep in some historical fiction right now and was unprepared for how often I have to stop and Google a concept to see if it would have even around in that time period. Idioms and language, etiquette and customs, clothing and everyday things...some eras, such as Victorian and Regency, have been covered enough that finding answers isn't that hard, but if you're writing about a rarely-covered period, it can be hard to find resources. I will use the heck out of this.

Conn Iggulden has a wonderful series of novels based on Genghis Khan. Highly recommend.

Mongolia is fascinating...so many rabbit holes, so little time!

I'm trying really hard not to be The Girl Who Always Brings Up Horses – at least Sharyn mentioned the Mongol Derby before me! That kind of craziness makes my involvement in the world of flat racing seem sane!

Janet, have you seen The Eagle Huntress? Fabulous and fascinating! On Netflix.

Aishol-pan, a 13-year-old girl, trains to become the first female in 12 generations of her Kazakh family to become an eagle hunter and rises to the pinnacle of a tradition that has been handed down from father to son for centuries. While there are many old Kazakh eagle hunters who vehemently reject the idea of any female taking part in their ancient tradition, Aisholpan's father, Nurgaiv, believes that a girl can do anything a boy can, as long as she's determined.