A big part of my job is working on non-fiction proposals in history and biography.
Part of that job is to make readers mourn people they've never met. Could not have met.

A current project involves a Polish woman, a ballerina, a Jew in the Warsaw ghetto.  She did not survive the war. One of six million who did not. An unimaginable number until you think about the fact that it's 3/4 of the population of New York City. Wiped out by an unnatural disaster.

What is one person among these six million?

She's a lens to see the time period. When we read about her life, we learn the stark reality of trying to survive in the hostile urban environment that was Warsaw 1939-1943.

Often history re-writes reality.
People are cast as good guys or bad guys, when no one is one or the other.
Capturing nuance and context is difficult, precision work.

Learning how to do that is an ongoing process.
One way to learn is listen to the people who've done it before.

Robert Caro is one such person. In my opinion, he's more than the cat's pjs. He's the entire wardrobe.

He has a new book out.
If you write non-fiction, On Working is one of three essential books you simply must have. Susan Rabiner's is the second, and a good book on what a non-fiction book proposals contains is the third. 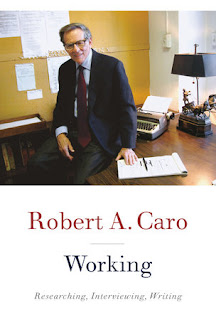 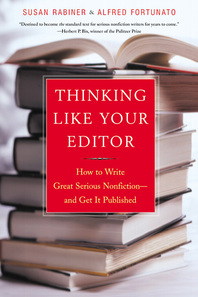 After my parents died I discovered well over a hundred letters buried at the bottom of my mom’s cedar chest which they had written to each other during WWII. I was interviewed on Fox News in their NYC newsroom, (back when they covered all the news). They sent a limo...I paced the green room...had my make-up and hair done...I was the most famous person I knew.

The producers promised that when my book about the letters was done they’d interview me again. The book, GIFTS IN WHITE PAPER was a joy to work on.

For my birthday that year my youngest daughter suggested that we attend a town wide book event in Burlington, VT. One of the many readings across town was by Ellen Fitzpatrick, professor, historical scholar and author of eight books. Her most recent at the time, LETTERS FROM JACKIE, about letters of condolence written to Jackie after JFK’s assassination.

As a gift my daughter arranged a private meeting with Ellen Fitzpatrick. My daughter told her about my project. Her recommendation:
“Without delay,” Fitzpatrick said, “you must get THINKING LIKE YOUR EDITOR by Susan Rabiner.
"It is the bible for nonfiction writers who depend on proposals." I bought the book.

Shortly thereafter I became a newspaper columnist and shelved my letter’s project.
Rabiner’s book is still among my most cherished books about the art and craft and outcome of writing.

My online nonfiction colleagues have been all abuzz about Caro's book. I have it on my list of summer reading. I always recommend Rabiner to anyone who is writing a nonfiction proposal, and it has guided all of mine. 2Ns, I hope you get started on yours soon.

I totally agree with Janet about biography. The nuances are everything.

Let us know when the book about the ballerina comes out. It sounds very sad, but fascinating.

I am an unreconstructed addict of Book TV, which plays on CSPAN-2 every weekend. Robert Caro did some great interviews on there which are PROBABLY (I have not checked) available on booktv.org

They have a search engine, but be advised: this stuff really is addictive. If you start watching book TV or the streaming onlike videos, pucker up and kiss your weekend goodbye.

It beats the SHELL out of the garbage on network and cable TV.

As a history buff I can tell you that most history is pure fiction, made up out of whole cloth without regard to documented facts.

But not all of it. I assume the project is about Francesca Mann, although my faulty memory tells me she was a singer, not a ballerina.

She led several women in a revolt at the Birkenau extermination camp that led to several SS men being scalped, having their noses cut off, and killed. One was paralyzed for life by a well placed pistol shot. Francesca apparently had some firearms training. Another spent hours slowly dying in agony after she shot him in the stomach. That was just the right place to aim. She was machine gunned in the end, so did not survive, but it is not an occasion for grief.

It is better to die on your feet than to live on your knees.

I think there were bad guys, too. Else they would not have gone to hell.

If Francesca is the heroine of your book, I want a copy. I need an electronic copy because of my vision problem. But I do want a copy.

Best wishes to you and the author.