Last week, I participated in the #DVPit pitch event on Twitter. One pitch in particular kind of blew up, so I'm spending my weekend sifting through all the requests (a good problem to have, I know!).

A handful of those requests were made by agents I've already queried and who have already passed. Should I consider re-querying any of them?

Now, for those who passed with a personal note, I'm assuming the answer is no - do not query again. They probably just didn't realize they'd already seen the pages.

But for those who sent a form reject or nothing at all, I'm wondering if it might be a good idea to re-send. Because maybe an intern sent the form reject and the agent never saw the query (and since it's via a pitch event, now it would get to them directly) and/or maybe I ended up lost in spam (on the no-response ones).

It's not your job to remind agents they passed on something.
If they request your work during a #DVPit, send it.

If you're a stickler, you can say "you saw this in March 1906 when I queried directly" but honestly, if they asked to see it, SEND IT.

And of course, the ones who didn't say anything at all, send! And no mention of previous queries.

Try not kick Opportunity when she pulls up in your driveway and knocks on the door. 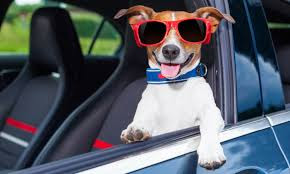 Fantastic opportunity, OP! Go, go, go with those queries and fingers crossed for more positive replies. Maybe some of these folks finally recognise your brilliance. Well done on having such a compelling pitch. Reading this just made me so, so excited for you.

Congrats on having so many requests :-)

And yes, listen to the shark. They've asked to see it.

Look at it this way - if you send it, they might look at it with fresh eyes, they might be in a different place with any of the huge number of variables that can lead to a pass etc. The worst that happens is they pass again and you end up where you are now.

If on the other hand you don't send it, you're guaranteed to end up where you are now.

So nowt to lose.

"Try not to kick Opportunity when she pulls up in your driveway and knocks on the door."

Take it from someone who (deep into the last century) cowered on the other side of the door until the knocking stopped and the car pulled away.

Don’t pass up this opportunity.

On a personal note, that pooch in the sunglasses pulled up to my door a couple of years ago. Again I dropped my box of Milk-Bones.

But, considering events, “if not now, when?”
“When,” is about a month away.

you saw this in March 1906 when I queried directly

I knew there was something creepy about you agents. You're all space aliens or vampires or something and You're a thousand years old.

You know if I'd been sending queries without success for a hundred and thirteen years, I think I might give it up.

The worst that'll happen is they'll say no again. Or maybe they'll tweet about it without mentioning your name ;)

Send, send, send. What's the harm? They can reject again. They asked for it this time - put #DVPit in your subject line so they know they requested. Good luck, OP.

Dena Pawling had a good idea on the query re-fresh, but in any case, it will sound familiar.

Maybe they're just in the mood for that sort of thing now.

Maybe knowing it's a #dv novel will make them second-guess their dismissal for 'not connecting' and take a harder look.

Congrats and best of luck, OP!

The tough ones are publishers (usual junior employees) who request.

But this does bring up the confusing topic of agencies that maintain that: you should NOT re-query the same project and they DO remember all queries ... But sometimes a "no" just means "not right at this time." Huh??? All 3 of those can't be true ...?

When opportunity pulls up in my driveway, she's usually not this cute. Congratulations, OP, on all the interest. Fingers crossed!