Can I use that time I was published in the local paper in 3rd grade as a publishing credit now? I entertained the idea, because it put a smile on my face and almost made me laugh aloud. However, the more I explored the "yes" and "no" to this question...the less sure I became. I mean, I was in the third grade 11 years ago. Some authors, I'd imagine, reference their credits that are older than that. Surely that wasn't their best work and they've grown since then. Perhaps not comparatively to the degree of a child, but still.

No.
Pub credits are works that have been published by someone who chose your submission from a competitive field and generally speaking offered you a contract for publication.

Publishing anything by a third grader in the local newspaper is considered cute, not competitive.

If you put that in a query letter and I discovered it was something you wrote when you ten years old, I'd stop taking you seriously.

Don't reach for pub credits you don't have. If you don't have them, you don't. I've signed and sold a LOT of writers who had zilch on their resume other than "I want to be a published writer" and were smart enough not to say "I've been writing since I could hold a pen" or "I've wanted to be a writer from when I was in kindegarten."

A query letter is a business communication. Don't do anything that makes you look silly unless you are writing the next Captain Underpants. 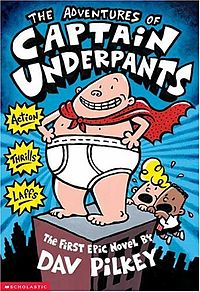 The problem is, you would list the third grade pub credit because it's cute, or a joke. But your intention has nothing to do with how it's perceived.
Unless you were some kind of prodigy and had written the great American novel in the third grade, I'd pass.

I suppose if you sold a million copies of your first novel when you were 8 years old, that would count as publishing credit. But that would also count if you were 80 years old. This reminds me of something Janet has said more than once: in publishing, age only matters when it comes to signing the contract, and then it's only to determine if you need a guardian's signature. Whatever the age, it comes down to the quality of the writing and the story, and whether the agent can sell it. Beyond that, being a child prodigy is a marketing story.

I would say, in some instances, even publishing credits as an adult, (older than a high schooler), are suspect as reference because of age.
I had a pretty good run of acceptances and publication credits way back in the late 80’s and early nineties, and then, because I wanted to spend time with my family, not shut away in a room writing about them, pushed my dream of being a columnist not onto the back burner but right off the stove.
When I jumped back in a decade latter those ‘old’ credits were dated and in some instances not relevant to today’s world. I downplayed my former success because it was, key word “former”. For a year I wrote a column for ‘free’ yes boys and girls, I wrote for nothing, but it wasn’t nothing. It was a big something. It was a year of updating my writing portfolio, learning technology and the importance of media and platform.
Being published in third grade certainly made your mom and dad proud, it’s the updated version of your accomplishments which will make you shine.

I think it’s wise to lean on who we are, not who we were.

I love the title of the example book, THE ADVENTURES OF CAPTAIN UNDERPANTS. And the book cover.

THAT is what made me smile.

As to the question, I thought of that sandwich commercial where Bo Dietl says, "really? Really?"

Good thing they did ask the question though. This sounds to me like trying too hard to stand out, but as Ms. Janet points out (with different words) how could they be taken seriously? I mean, third grade? Had they included this in a query, we all would have heard a strange noise. Like a sonic boom. It would have been heard across the internet, and later identified as a query backfire.

Carolynwith2Ns--I loved your last thought: I think it’s wise to lean on who we are, not who we were.

When I was 21 (which is probably near the same year that the query-questioner was in third grade), I wrote a one-sentence Letter to the Editor and mailed it to Newsweek Magazine. Boy was I surprised the following week to see my letter printed in that column, complete with my name and city!

My dad carried that issue around for several months, showing it to all his friends.

Based on Janet's response here, I suppose I can't use that as a publishing credit :)

While it's not a publishing credit, there is certainly competition involved in having a Letter to the Editor published in a major periodical like Newsweek. Your father was right to be proud.

MB Owen, thanks and let me add, I am paid to write now.
Seeing a by-line is nice, being paid for one is better.

Totally off-topic... but related in the sense that it's about books (and one of Janet's clients):

The next installment in Gary Corby's Ancient Greek mysteries is coming out in May. See Gary's blog article about DEATH EX MACHINA! There's even a Goodreads giveaway for you to enter.

If you like mysteries, detective fiction, and/or history, this series is for you. And Gary is a genius at blending his detailed research into the stories so you end up accidentally learning a lot. :) Seriously, if you do a lot of research for your novels and wonder how much to use, or how to work it in without going into information overload, read Gary's books. They're a masterclass.

Good old Captain Underpants. My youngest loves those books. (I could do without some of the more hard-core booger humour, but they weren't written for me, were they?)

My kids started the new school year yesterday. The first thing my six-year-old saw in her new class was a Captain Underpants book that she hadn't read. She trotted into the room, gave her new teacher a cursory hello, grabbed the book, plunked down on the carpet and started to read. And that was the end of any first-day jitters.

This sounds like what they call beefing up the resume. Something Sunday painters do lots.

There are some very talented non-professional artists. I do not knock them. But no gallery owner or artist agent would take this seriously.

I'm happy that writer agents like minimal. Stick to business. Cut the fluff.

Even if it takes 610 times for the query to hook a shark, I'd rather die than publish agentless or self pub. And never would I sub a novel without professional editing help. Luckily I have two beta readers that are proffesional editors willing to trade paintings for their service.

@Colin thanks for the update. I look forward to discovering another of Janet's awesome authors.

So the Collected Mimeographed Poems of B. E. Goat isnt' a good pub. credit?

Oh dear. Then the 2nd place ribbon I won for my story at the county fair when I was seven probably doesn't count either.

welcome back Pixie! I've missed you!

The newspaper article I wrote at sixteen might not give me any publishing street cred...but it did get me my first boyfriend.

And I would totally read the Collected Mimeographed Poems of B.E. Goat!

Dang, so the Trixie Belden-esque story that won a writing contest when I was 12 years old doesn't count?

Colin, thanks for the reminder! I had a note to check out his books when Janet mentioned him in her blog last year, but must have lost the little bit of paper on my desk. Will do so now :)

AJ: You're welcome! And Gary's Australian too, so you know each other, right? :D

I have no useful response today, I just feel old.

And like my geriatric ass earned every minute of it.

Darn I hate it when my caps key gets stuck like that.

I wrote for a weekly, award-winning, national horse racing magazine for twenty-three years. In addition to doing race stories, I also did profiles and human interest stories.

I have had a LOT of people recommend I not include this in my query because this has nothing to do with writing fantasy. I did anyway for two reasons. 1. I wrote well enough for twenty-three years for a magazine to send me a paycheck every two years. Two, it might demonstrate I understand the value of deadlines.

I'm not some prima dona who has to wait for my muse to descend from on high. I sit my butt in the chair and she arrives shortly thereafter, wild-eyed and anxious, "Where are we going today, boss?"

I'm sure many agents won't care, but someone might.

Dena, it's a funny thing when I say I'm old - people assume I mean that like it's a bad thing. But that "I earned it" codicil is my way of saying I appreciate it. Though I do think I still have a decade or more on you too! :)

Julie ... they only paid you one every two *years*? I think it's worth noting you have some professional background in the discipline, genre aside. As you say, it demonstrates long standing consistency.

I love how the writing field is one of the few career paths where someone can show up on an agent/editor's doorstep with nary a line on their resume, yet get taken on to embark on a successful life-long career.

I honestly can't think of any other career that lets you do that.

Except maybe fast food. (Oh, wait. You need a Fine Arts or Humanities degree for that.)

And, of course, that should have been every two weeks, not every two years.

"Except maybe fast food. (Oh, wait. You need a Fine Arts or Humanities degree for that.)"

Thanks, I laughed. However, it did remind me of a guy who was demanding the government pay of his student loans, which were astronomical. His theory was he had gone to school for six years and had some kind of degree, specializing in gender equality studies and he couldn't get a job. So, the government shouldn't make him pay for his loans. My thought was, gee, maybe you should have gone to a trade school for two years and become a plumber if a job was important.