A growing number of literary agencies are establishing in-house publishing divisions. I've been warned to avoid such agencies, because they may be less interested in submitting a client's work to other publishers. Are such warnings warranted, or are they out of touch with how the industry is changing?

You want to distinguish between agents who operate a digital imprint for their client's backlist (and other books) and agents who are running a front-list publishing concern.

Several very well-respected agents started publishing their clients back list in electronic form. It seemed like a pretty beneficial thing for clients: it wasn't quite self-publishing, each client didn't need to learn HTML and ebook layout on their own,  and you'd avoid the insanely low ebook royalties offered by the major trade houses who were just as unskilled at ebook publishing as everyone else back then.

There was some harrumphing about it but it seemed to work out ok for most of the authors who participated. (Generally these were authors who had books that predated ebooks, and whose print contracts made no mention of ebook rights)

Agents who are running a front-list publishing company (and I only know one, but maybe there are more) are clearly in violation of one of the basic tenants tenets of AAR: you can't represent both buyer and seller in a transaction.

In case you want the exact wording: 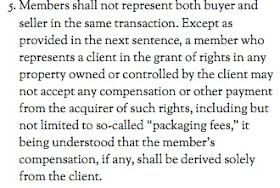 At the time this was written, I don't think anyone envisioned a legitimate agent actually owning a publishing company and also running a literary agency.


The only time anyone had seen this kind of thing was with vanity presses and flim flam artists. 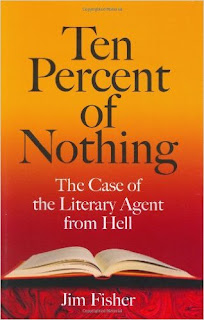 The warnings to avoid this should be heeded.
I don't think there's a way for an agent to offer unbiased and objective information to an author if they have a stake in which choice the author makes.

And frankly, I'd wonder about an agent who said "well, we have a company that publishes ebooks, and here are the strengths and weaknesses, and that other company might be better for you."

I've always believed that every company I've been involved with was the best choice for people to buy from. That may not have been objectively true but I sure believed it.

And the one thing you really want from an agent is unbiased, objective guidance. It is in fact the value of an agent.

So, what to do: query as you normally do. If an agent offers, ask if they are also running a digital publishing company. Ask about how arms-length the relationship is. The ones that I know about don't steer clients to their digital arm at all. In fact, the digital arm is a wholly separate company and run by different staff.