Happy Valentines Day to the invisible heros of publishing: editors

I am doing edits and have been handed a perfect example of why having sharp, experienced eyes on your work is invaluable. And especially eyes that are very well versed in your specific genre. This is one of THE key moments in the entire book, where the reader finally gets the big romantic payoff. This one chapter can either leave them swooning, or vaguely dissatisfied, or if I really screw it up, furious.

I wrote a scene where the hero declared his love and presented the heroine with all the plans he's made for where they'll live and how they'll meld their family and work situations, etc. etc., He had already started putting some of them in place. In my mind, he was demonstrating his commitment by showing her how much he'd actually been thinking and planning for their future, even though he'd been holding back saying so for fairly valid reasons.

It came back red-lined by my editor with the comment that he's once again being the control freak who makes all the decisions and expects her to accept them, instead of asking what she wants and needs, and her letting him roll right over her. What I thought was proof of his love she saw as him being the alpha asshole and her being a doormat. And of course she was right. I'd slotted them back into the roles they occupied at the beginning of the book, invalidating their character arcs. The heroine could push back, but an argument in the middle of the big romantic climax sorta kills the mood, ya know?

I rewrote the scene and it is a hundred times more emotionally satisfying since it puts them on equal footing, showing the sacrifices he's willing to make and control he's forcing himself to cede,.and her accepting that power instead of metaphorically batting her eyelashes and saying, "Whatever you want, big boy."

It's a bit of a spoiler, but I don't think that many of your blog readers are also my readers****, and it's general enough so it really doesn't give much away. It's not like everyone isn't expecting a happily-ever-after, and with this issue of bulldozer versus enabler being the central conflict of the book, it's revealed early on.

Have I mentioned how much I love my editor? There are days I swear she is the other half of my brain. The one that fails to engage more often than I think.

I should also add that this is my seventh published novel, so let this be a lesson to anyone who thinks there comes a day when they'll have this writing thing down and won't need editors. I have actually heard a best-selling author say, "...and I told her, 'Honey, I've written sixty books, I don't need you to tell me how to tell a story.'" Yes. Yes you do. The day you stop soliciting and listening to expert outside advice is the day your work starts going downhill. 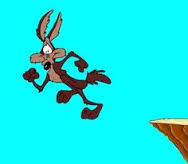 ***if you're not reading Kari Dell's books, you're missing out.
I was the first to recognize she's an amazing writer, but not the last!
at 7:00 AM

This is brilliant advice. And for those of us without editors *yet*, transpose crit partner into the role of editor.

Amen! We ALL need to be open to another pair of eyes and another opinion. What you write isn't necessarily what someone else reads. And, a little advice from someone who's spent a lifetime in newsrooms: it's almost never personal. When the weather forecast changes, you change the headline. You don't take it as a judgment on your entire existence. Not always easy -- I HATE giving up a good headline -- but part of the deal.

Yes!!! I'm in awe of the incisiveness of good editors and always so, so grateful for how they turn a good manuscript into a much better book.

And also good betas, and agents who act in an editorial capacity, and anyone who can point out something that really resonates. If you don't appreciate good feedback, you don't really want anyone to read your book.

This is why you have beta readers before you query the book as well.
Great blog post. I love seeing the AFTER getting an agent stuff so much.

There comes a point where you, the writer, can't see the issues. My beta readers are not editors. They are, however, another set of eyes that will catch things the writer does not. Some things can be small - move this paragraph up to give the protagonist motivation or the scene is just gratuitous - that was one of the best edits I had on a chapter I thought was perfect.
I moved a few chapters around and one of my character's arc got lost in the shuffle so when she did something uncharacteristically bold, my readers saw that at once. I pulled back on her confidence to make her act more desperate than bold and built up her arc in future chapters (it was a lot of subtle work to do).
My greatest wish is to get an agent that loves my work, embraces my vision (it is big and will need help in the wrangling) and an editor that can help me produce the best books possible so I can capture zillions of enthusiastic readers.
I read Kari's books as research for my shy to bold girl. Shanley Rose loves her romances. It is not a genre I know well so I did a lot of reading to help develop her character. Reckless in Texas by Kari was so much fun. It made me understand my Shanley so much better.
I am the least romantic person on the planet so this was a stretch for me.

'Honey, I've written sixty books, I don't need you to tell me how to tell a story.'

Oh, come on. Show of hands. How many of us have read a novel by a highly successful author of multiple novels and thought, "This should have been edited better"? I believe there are authors out there who think like this. Who think because their books sell, they can take liberties that less successful authors can't. And maybe their editors take a lighter hand with them?

Of course Kari is correct. No-one but NO-ONE is above criticism.

Quick story. 1981/2, Paul McCartney is solo again after his post-Beatles band Wings folded. He's looking to make a new album. His previous album, McCartney II, which he made at home on his own, was a success, spawning the hits "Coming Up" and "Waterfalls." But he wants to get back in the studio and work with a producer. So he calls up his friend and former Beatle producer George Martin and says, "How about it?"

"You mean I have to pass an audition?" says Paul with a smile.

But Martin isn't joking. He has Paul play him the songs he has, and he brutally and honestly tells him what's good and what's not.

But this is Paul McCartney! A guy with a proven track record of writing hit songs!!

No-one is above editing.

I love Kari's books! Such great characters. It's reassuring to hear the manuscripts are not perfect upon arrival to the editor.

And I agree with Colin about some established writers' later books. I remember reading one in a mystery series I'd enjoyed, and it almost felt like the author had put in placeholders [write witty banter here] and never gotten around to filling them in. Her editor should have called her on it.

Another great "never not needing an editor" example is George Lucas and Star Wars. Forgive the lack of sources, I don't have time to look them up, so this is from memory...

For the original trilogy (New Hope, Empire Strikes Back, Return of the Jedi) the studio forced Lucas to have his screenplays reviewed by another screenwriter, or they were written by somebody else. As a result, things Lucas did poorly (dialogue, shallow characterization) got fixed.

Then, come the "new" trilogy in the late 90s, George Lucas was a really big deal! He wrote the screenplays and the made them happen just like he wrote them. And so we got Emo Anakin, hyperactive Yoda, and Jar-Jar Binks.

Yes! We all need help with the blind spots we don't know we have. My grandfather also had a saying: "When you stop getting better, you stop being good."

Editors are as necessary to a good book as words are to complete a page. Can't imagine not using one.

I have a hunch that Katherine Hepburn's memoir, ME, was a take-it-undedited-or-leave-it kind of thing. You want this book? Well, you can't touch a word of it!

Editors are diamonds whose suggestions can polish your work to make it shine. Some agents are, too.

One of the things I've discovered about writing is that what I put down on the page doesn't always say what I wanted it to say. I know what I intended, so I see it as what I intended. I can't see what I really wrote until a beta reader/editor points it out.

A HUGE thank you to all who have patiently helped writers say what they really meant to say.

Those of us who are editors really appreciate the fine sentiments! Our goal -- our job -- is to help authors bring their stories to their audiences, and it's nice to hear sometimes that it works. Thank you for the Valentine!

As a freelance editor who was having a rubbish week, THANK YOU! Sometimes it's a slog in hopes of seeing something turn awesome. Our goal is always to help the story of an author's heart reach the readers who will embrace it.

Colin - oh yes. I tried reading a late career novel by a famous author who ought to be my cup of tea and, sweet flying wombats, I didn't get past the first chapter. It read exactly like a first draft. Characters doing inconsistent things, plot holes, stopping the action to insert two pages of musing on a random technical point, and the end chapter twist delivered in an "as you know Bob" chunk of exposition that made all the protagonist's previous actions make even less sense.

I tried a mid-career book from the same person and did better - I figure if I get one of their early books, it will probably be pretty good.

I'm not naming them because they seem like a pretty decent person, but boy did that book need an editor.